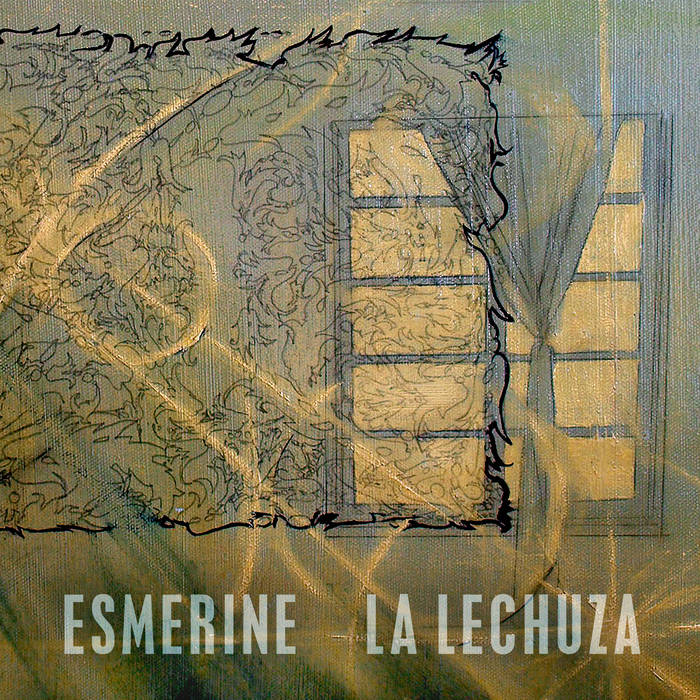 Esmerine enters its second decade with an expanded line-up and a new album – the band's first in six years. As a duo co-founded ten years ago by percussionist Bruce Cawdron (Godspeed You! Black Emperor) and cellist Beckie Foon (Thee Silver Mt. Zion), Esmerine released two critically-acclaimed albums of modern chamber music in 2003 and 2005 that had one foot in the new music/experimental terrain of contemporaries like Rachel's or Town And Country and the other in a more visceral and lyrical landscape populated by the likes of Dirty Three (and GY!BE themselves).

Bruce and Beckie have continued stoking the embers of Esmerine, with occasional special events in their Montreal home town over the past few years, often including invitations to guest musicians. While Esmerine had made deft use of guest players on previous records, their performances over the past two years opened the band up to two new musicians in particular who were invited to join as full members: harp-player Sarah Page (The Barr Brothers) and percussionist Andrew Barr (The Slip, Land of Talk, The Barr Brothers).

La Lechuza documents the evolution of Esmerine under the influence of this expanded membership, and through the lens of a shared trajectory marked by a tragic loss. All four players were brought together through their mutual friendships with Lhasa de Sela, a beloved and internationally-renowned Montreal-based singer. Sarah and Andrew were already part of Lhasa's working band; Beckie and Bruce had been asked to join Lhasa and her band on a planned tour. Lhasa was diagnosed with breast cancer during the making of her album; she was able to complete it, but touring plans were suspended as Lhasa's health deteriorated. Lhasa died on New Year's Day 2010 at the age of 37.

La Lechuza is dedicated to Lhasa de Sela and includes music that emerged in the weeks and months following Lhasa's death. While Esmerine has always forged instrumental songs of high emotive and narrative power, on La Lechuza there is truly a spirit at work, and the group has succeeded in making an album that is both a eulogy to Lhasa and testament to the newfound creative relationships the she helped bring forth.

As with previous Esmerine albums, La Lechuza comprises predominantly instrumental music; the conjunction of Cawdron's mallet playing (marimbas, glockenspiels) and Foon's lyrical cello lines continues to anchor much of the record. Page's harp works in lovely counterpoint to the rhythmic and melodic patterns of the mallet instruments, and at times establishes the song foundation in its own right, most notably on “Last Waltz”, where Sarah also sings. Andrew Barr's additional percussion work and sensibility allowed the group to record more of the album live, in real time and with renewed fluidity. Stunning instrumental opener “A Dog River” includes guest playing by Colin Stetson and Sarah Neufeld (Arcade Fire, Bell Orchestre), who also contribute to “Little Streams Make Big Rivers” on Side 2.

La Lechuza was shaped by another important collaborator, and a dear friend of Lhasa's: Patrick Watson. Much of La Lechuza was recorded by Watson at his home studio in Montreal, and in addition to guest vocals alongside Sarah Page on “Last Waltz”, Watson also sings and plays piano on “Trampolin” and on the album's centerpiece track “Snow Day For Lhasa”.

La Lechuza ends on a genuinely special note, with a previously unreleased version of "Fish On Land" by Lhasa herself, featuring the recording she made with Bruce and Beckie (on bowed marimba and cello respectively). This song was tracked and mixed by Thierry Amar, who had also recorded and mixed the sessions for Lhasa's third and final album.

While primarily tracked in Patrick Watson's loft, La Lechuza was mixed (with the exception of the three aforementioned songs) by Mark Lawson (Arcade Fire, The Unicorns, Islands).

"Fish on Land" written and sung by Lhasa de Sela, from a previously unreleased version of the song recorded with Bruce and Rebecca in 2008.

Bandcamp Daily  your guide to the world of Bandcamp

Featured sounds from Fly Lo and Ahmed Idris, plus Mother Nature hops on to drop off new project